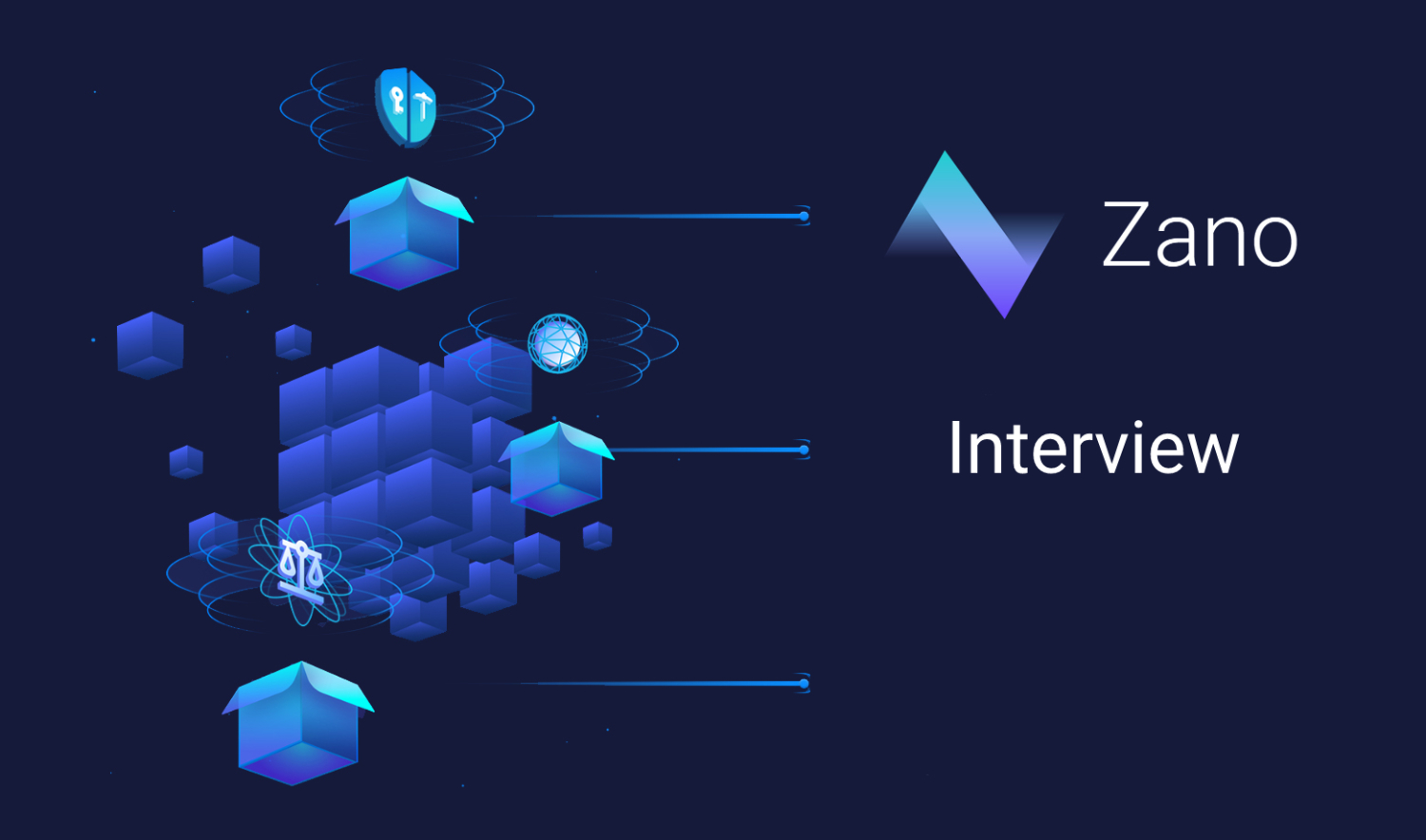 We already wrote about Zano in our pre-mainnet launch review. As a follow-up, we present you an interview with Crypjunkie – Zano Discord moderator. We asked questions that should serve as a nice complement to our Zano review and answer some common questions that new users often ask on social media. Without further ado, let’s get started with the Zano interview. Enjoy the read.

MA: Tell us a bit about yourself and your role in the Zano team.

CJ: First read about bitcoin back in 2011-12, only bought my first bitcoin in 2015. Trading and investing in altcoin’s from late 2015, Boolberry was always one of my top picks in privacy coins, so I have been following the project closely and kept in contact with Crypto_Zoidberg about this return to continue development.

MA: Can you reveal some information about other key members of the Zano team?

CJ: I don’t want to give details on any of the team as of now, they are fully committed and engaged with the launch of mainnet and the upcoming swap from Boolberry to Zano, and they prefer to get past this without too many distractions. I can confirm that Crypto_Zoidberg has already given his real name on his most recent WP of Zano (Andrey N Sabelnikov) and that he will be prepared to explain his history and background once time is right.

MA: Walk us through the mainnet launch process. How did it go exactly? Did something interesting happen behind the scenes?

CJ: The launch of Zano was one I won’t ever forget that’s for sure; it was a thrilling experience filled with excitement and anticipation as I was honoured to be asked to push the launch of Zano live. It was also a great experience to be with the team after so many years of hard work they have spent getting to this point.

MA: Which problem is Zano attempting to solve, what are its main selling points?

CJ: Zano with its deeply refactored POS/POW hybrid core for a basement technology aims to be a user-friendly decentralized economy with additional features including encrypted attached data to transactions, an easy to use escrow/multisig service, easy to use and acquire aliases for simplicity in transactions and communication. Bulletproofs, sharding and some other TBA features that will also be introduced this coming year to strengthen and bolster its underlying privacy and anonymity set but the end user won’t even know they are using it.

MA: How do privacy features of Zano compare to MimbleWimble and various zk-snarks implementations? And most importantly, do you consider it superior to Monero?

CJ: At present – MW based projects lack usability due to the transactions in those projects being interactive (both parties need to be online). On the privacy side, MW uses DNS for addresses, and that presents attack vector for leakage. Transactions might be private, but if a user has domain or IP linked to their person, then they can be identified.
Do I consider Zano superior to Monero? Yes, absolutely for a multitude of reasons but Zano won’t just be competing with Monero as a privacy coin, but also with others trying to accomplish a truly decentralized economy via the blockchain. Monero has done a lot of improvements from what they started with but with one of the most recent additions to the development team here at Zano, “Anonimal” who is very focused on this side of the tech he will be working alongside Crypto_Zoidberg & Sowle who is more than familiar with Cryptonote as a developer and mathematician, I don’t think it will be too long before we see some major improvements not seen yet before in the space (on top of all made this past 3 years). The most notable being the component based modular structure and deep refactoring of the core code. Also having both dark and clear wallets with a view key will be a major improvement and I expect to be well received by both exchanges and users alike.

MA: Now the community favorite question; how many transactions per second can Zano handle at the moment?

CJ: According to stress tests, blocks with 300-400 transactions were handled in 1-2 seconds. Crypto_Zoidberg has said “In a practical perspective, this doesn’t mean that we can handle 300 TPS. First of all – stress tests were run on a small database, and with a database of long running network latency got increased. Also, network normally conducts transactions with core busy time not more than ¼ of target block time. I believe that currently, Zano can handle 20-30 TPS, but the theoretical limit is bounded by 1 ms of Ring Signature check (TX normally has few inputs/signatures)”.

MA: How scalable is Zano, what will be the blockchain size when compared to Monero?

CJ: This is hard to give exact numbers for right now, and I believe that there is going to be a lot of improvements ahead – but basically Zano has utilised Boolberrys pruning signatures tech, and also in the new core data which is marked as non-permanent can be dropped after checkpoints, all greatly reduce space required. In comparison to Monero’s blockchain size, we expect to be considerably smaller for e.g., Monero’s blockchain is currently over 60GB in comparison to Boolberry which is about 7.5GB.

MA: It would seem two separate blockchains might be a hassle to maintain at the same time and could potentially lead to user base fragmentation. How come the team decided to keep both BBR and Zano?

CJ: There are a lot of technical differences between Zano codebase and Boolberry’s, it wouldn’t be possible to port all the improvements that have been made on Zano to Boolberry and having multiple hardforks are simply unsafe for a network. However, any updates that are applicable will be implemented into Boolberry. Zano will have a very different approach going forward and has a different financial model. This way it will allow holders of Boolberry to decide which project they feel they are more aligned with.

MA: What are your plans regarding new exchange listings? Are you aiming for the top dogs?

CJ: Regarding exchanges we can’t say anything about that, almost every listing agreement has NDA clause that prohibits these announcements until the deal is finalized. We have already been listed on Qtrade, Bitmesh and MercuriEX exchanges so far and are confident on having one of the top exchanges list us in the near future.

MA: Let’s touch upon security. Are there plans for a full third-party security audit?

CJ: Yes, we intend on having a third-party security audit.

MA: Is there anything else that you would like to add?

CJ: The team hopes to have the swap process begin no later than the 1st of June.

This concludes the Zano interview. Thanks a lot to Crypjunkie for taking the time to answer our questions even though the whole team is very busy with tasks that surround the mainnet launch. We hope this answered frequently asked questions. Let us know your thoughts on Twitter.