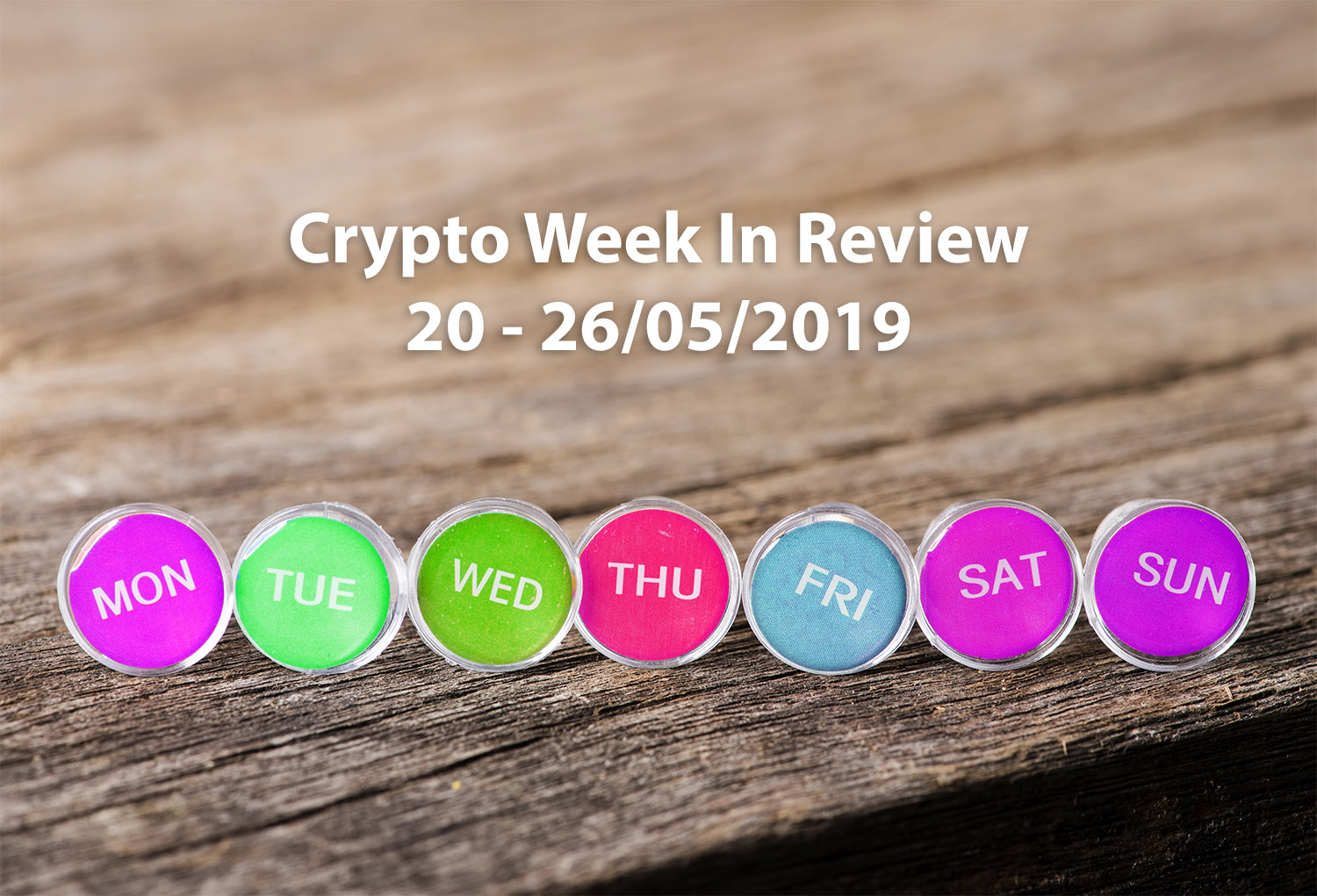 Welcome to another edition of our Crypto Week In Review. We spent a great deal talking about a proposal to reorg the Bitcoin blockchain after a certain hack. A lot of people had some strong reactions when such a reorg was mentioned. Now this story goes further in another direction. There was a Bitcoin Cash “51% attack” organized by two mining pools which obviously had the majority of votes to carry out the attack. Let’s see what happened during this BCH 51% May attack.

Let’s go deeper and see what actually happened that day. There wasn’t actually one problem, but three of them, which happened at the same time. First, the bug was exploited during the hard fork, which led to miners mining empty blocks. Second, after the miners realised they were actually producing empty blocks, those same miners expressed concern and went back to mining the original, non-forked chain. This caused a consensus chainsplit. And lastly, the third issue was that the consensus chainsplit prevented a certain system from functioning. This system was set up to recover funds which were accidentally sent to a SegWit address. The plan was to recover those funds during the fork.

If you want to take an even deeper look into the events that occurred that day, we suggest you take a look at the Bitmex blog post.

This raises a lot of questions. The first thing we are concerned about is that this wasn’t covered enough. We would expect some kind of reaction from the community, and from what we have seen, there were no big reactions. Second, a probably more important concern is the decentralization issue. If only two miners are able to reach enough hash power to reorg the blockchain, what kind of decentralization is there?

Bitcoin went on another great ride. The resistance outlined in our previous chart has been cleanly broken and now serves as support! 12% in a day fueled with a nice volume. We are of course still bullish until proven otherwise and if BTC manages to break above the next resistance, $10k zone is in danger. Let’s see what happens next. 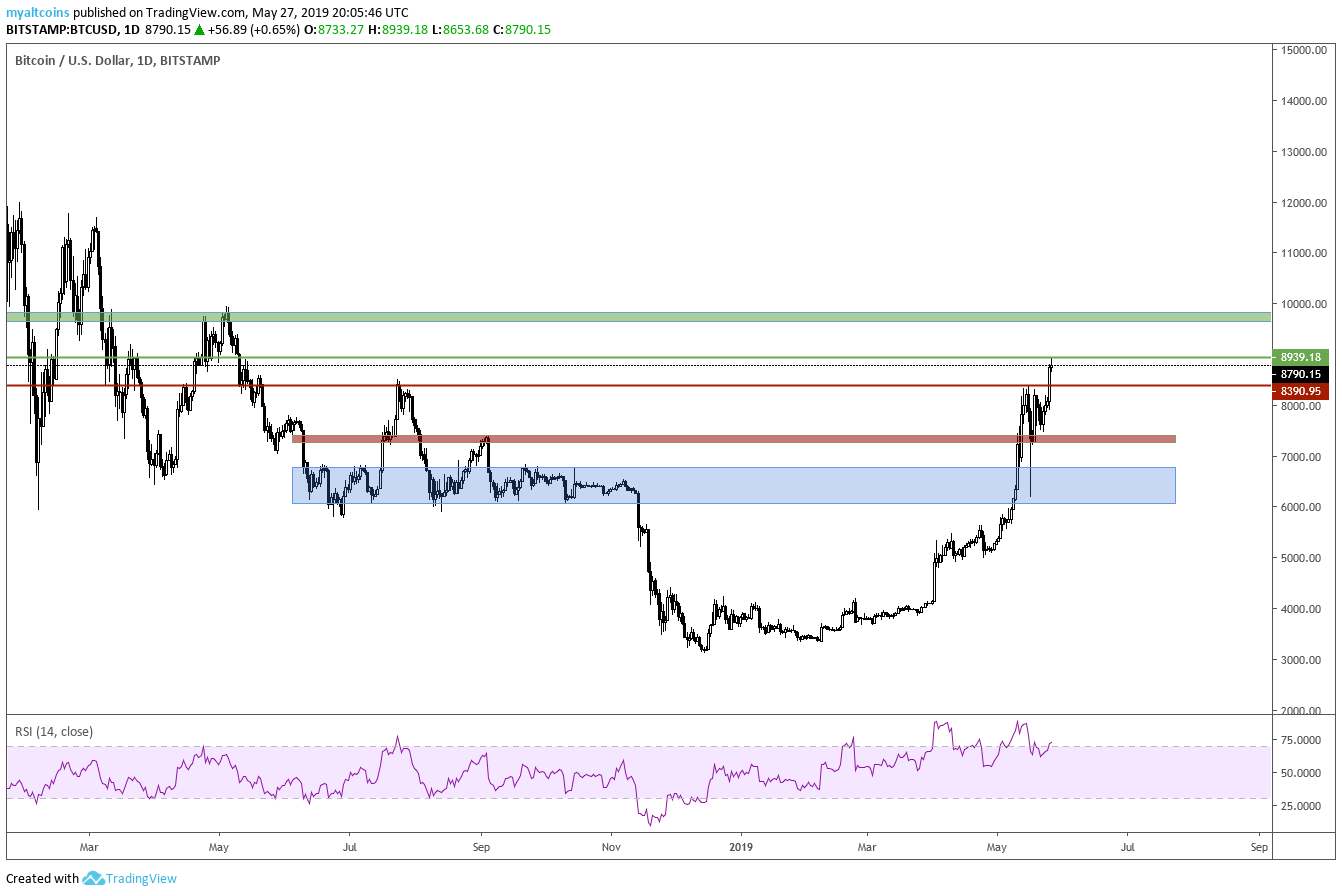 Altcoins are in pretty good shape when you look at their USD pairs. BSV was among top gainers as Wright continues with his game. BNB continues to soar and looks very bullish. LTC is also looking good as the halvening approaches. How about ETH? It briefly dropped below first support zone, quickly found support at the second and retested resistance outlined in our previous report. That’s where it got rejected for now. Levels remain the same, next ETH move mostly depends on Bitcoin. 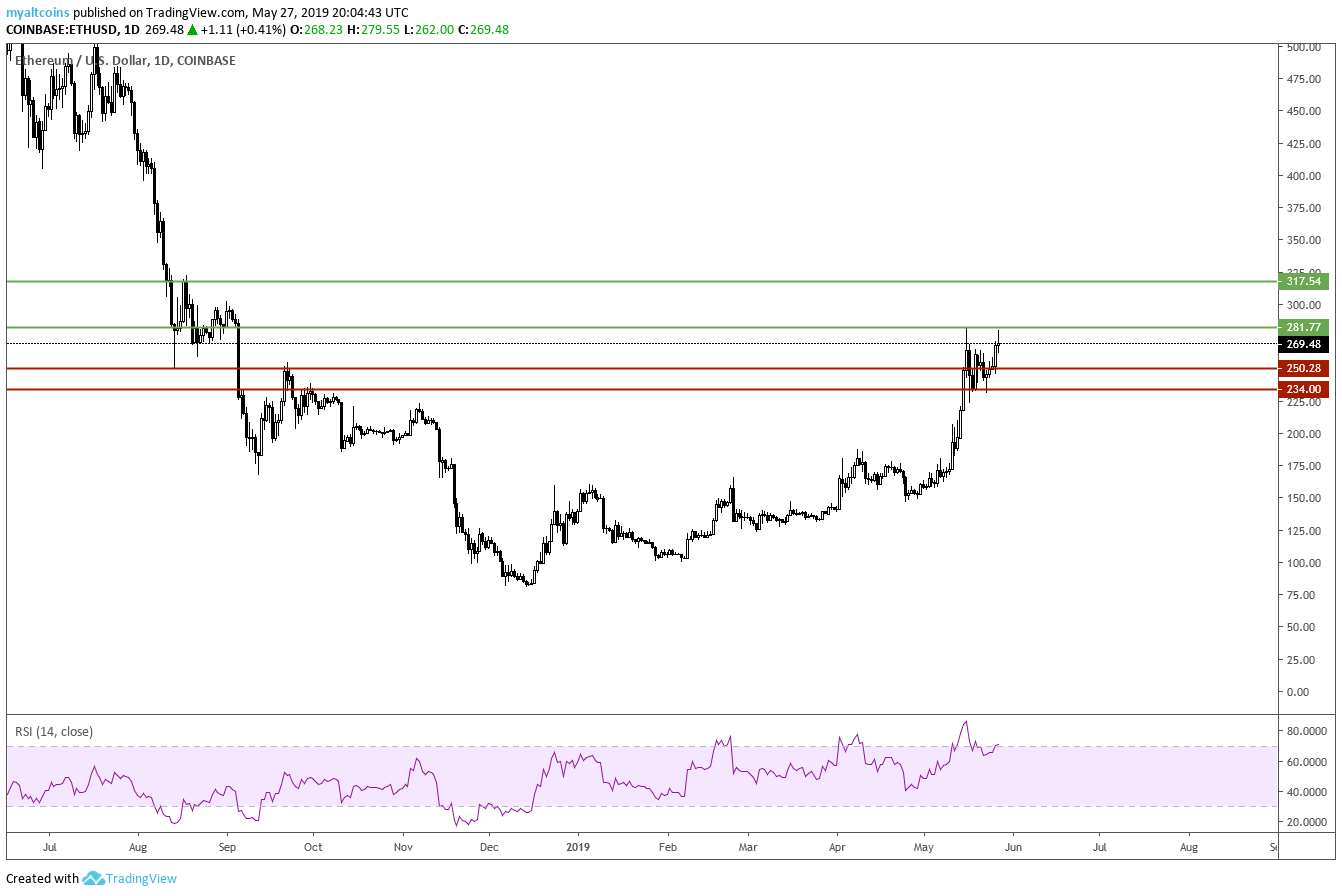