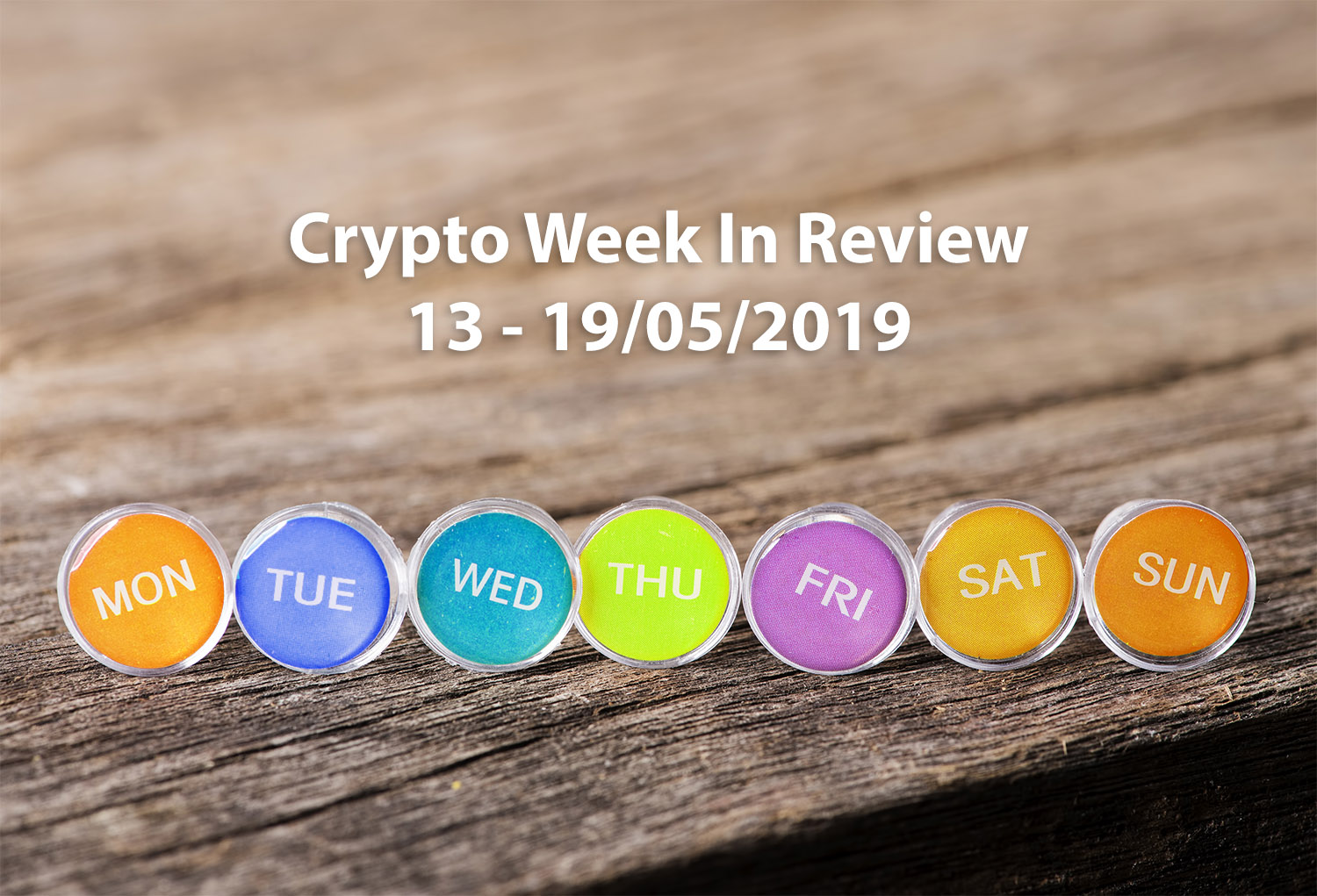 Welcome to the newest Crypto Week In Review. This week, unfortunately, we continue in a similar fashion and the main news of the week is the Cryptopia hack culmination – liquidation. We take a moment to revisit the hack, results of it, and the brief period of the Cryptopia activity after the hack. In the end, the hack was too big for the exchange to handle it. We also visit some of the happenings this week like Ledger Nano X first shipment and a threat unpatched Ethereum clients pose. Also, Bitfinex and Tether drama continues as New York Supreme Court orders freezing all USDT transfers to Bitfinex. Enjoy this edition of Crypto Week In Review.

Cryptopia announcing liquidation has been an unpleasant surprise for everyone. People are pretty unhappy with losing some of their bags of more obscure low-cap altcoins which they considered promising. Let’s take a brief look at the entire series of unfortunate events and the Cryptopia hack culmination.

The hack, as we previously reported, happened in the middle of January this year. It all started with Cryptopia announcing they have unscheduled maintenance and informing the public about the hack later that day. Police was involved immediately, and an investigation was open. Later, it was confirmed that $16 million was stolen in various tokens. After the initial breach, the attack continued for two more weeks because the exchange was not able to regain control of its wallets. This resulted in hackers stealing 1,675 ETH more. The hackers managed to liquidate $3.2 million of the stolen tokens through other major exchanges.

Some people claim this was an exit scam, but we will get back to this topic in a bit.

As we mentioned, an investigation was open by the police. The exchange itself was not able to provide any more details about the hack, and this lasted for two months. There were almost no updates about any kind of progress until the exchange announced they were in a better state. Then Cryptopia resumed trading on 40 pairs, which we can see in their tweet. However, deposits and withdrawals weren’t open at the time, and people weren’t able to access most of their funds. This continued till the mid of April when deposits and withdrawals were open for BTC, LTC, and DOGE. Unfortunately, this didn’t last long. Only a month later Cryptopia announced liquidation. 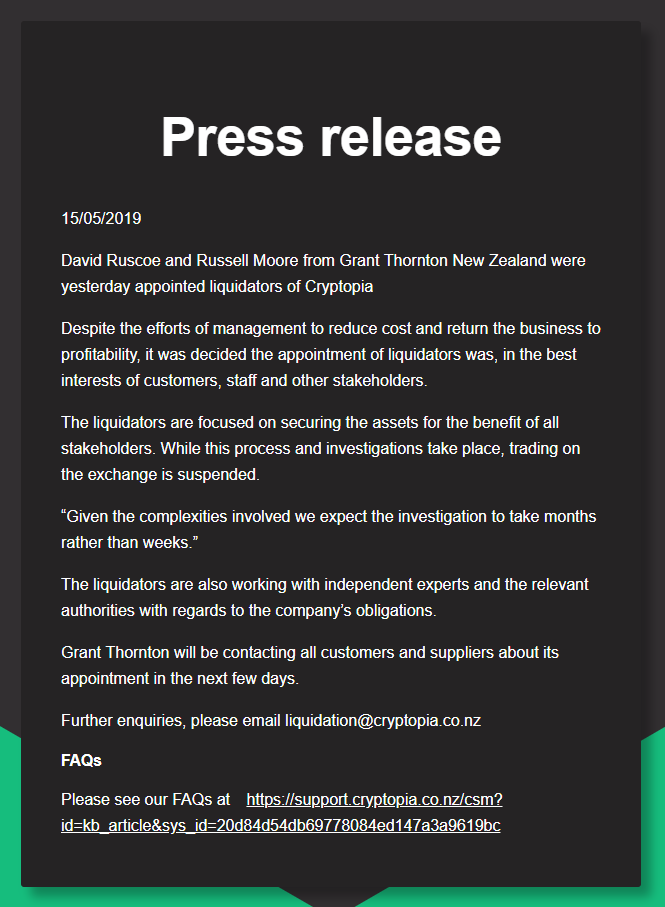 This is a message which now welcomes users who try to access Cryptopia. Grant Thornton is the local firm which was appointed as a liquidator. Apparently, Cryptopia was unable to return to the profitable trading which they had before the hack. According to the Grant Thornton announcement, the decision to liquidate was in the best interest of customers, staff, and stakeholders. No further details were given to the users, only an FAQ link, which is basically useless as it doesn’t really answer anything. According to this message, the investigation will take months.

We suspect after the investigation is done, people probably won’t be happy with the results. Now, people are claiming this was an exit scam even louder than before. They believe the hack was an inside job, to dry up the exchange, as much as possible. The following action of this exit scam would simply be to liquidate since then it is really out of Cryptopia’s hands. If you have any funds on Cryptopia, don’t hold your breath and prepare for the worst. Unfortunately, it is quite possible that you won’t see any of your funds or receive only a small fraction. This Cryptopia hack culmination is probably worse than anyone could have expected. We’d like to play our broken record again and say, once again; not your keys, not your coins.

BTC continued running like a mad man. Run was briefly interrupted by the large sell order executed on Bitstamp which caused a whooping 30% price drop that spread across the market. The drop didn’t last long, the dip was quickly bought up, and the price returned back to $8k resistance two days later. Currently, the price is trying to find support around $7.8k. As long as we stay above the massive support between $6-6.8k area (outlined in blue on the chart below), we are safe, and the upper levels are in play. Some consolidation before the next leg up is necessary though. 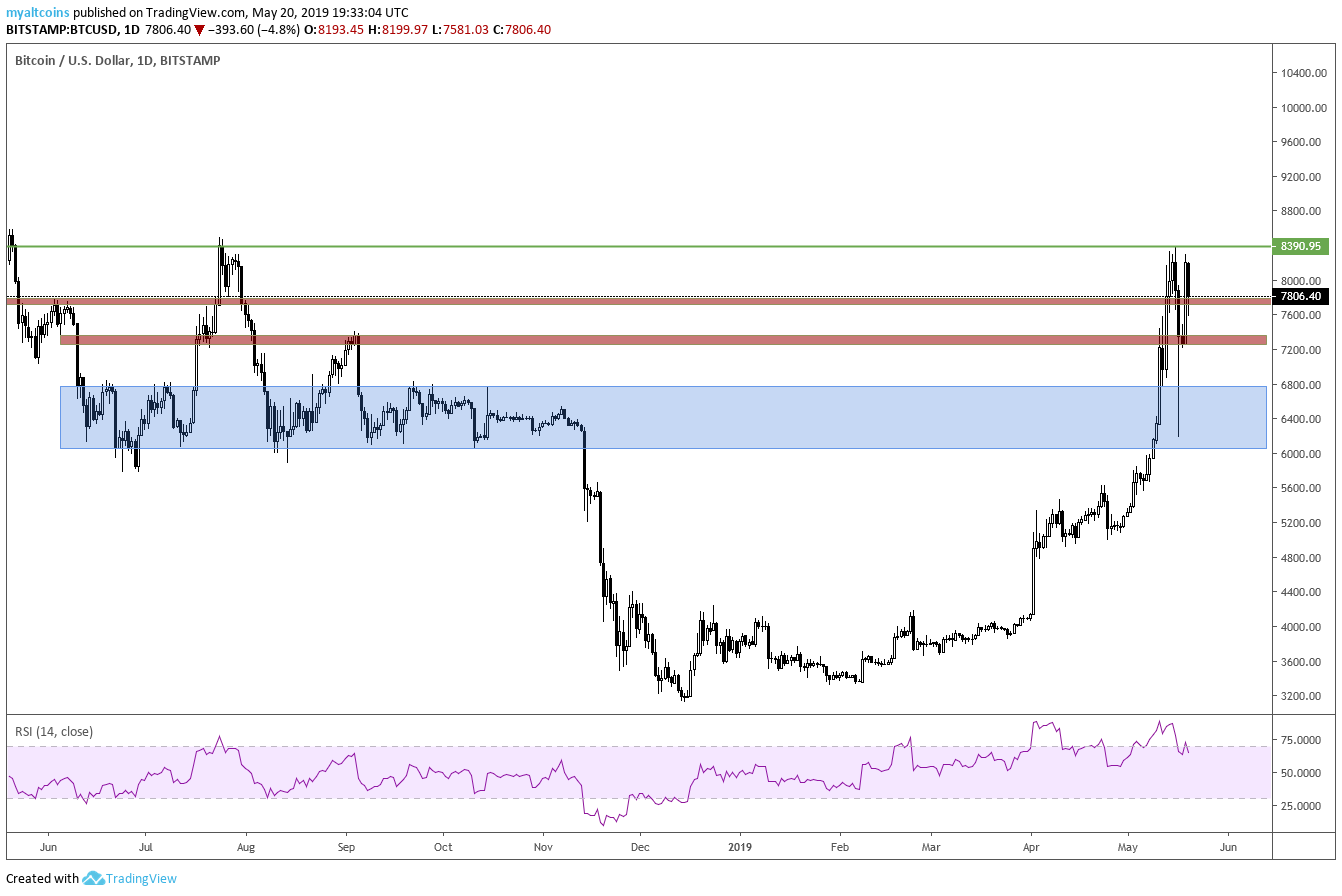 Most altcoins had another solid week but the real alt season is still pending. Hopefully, BTC will calm down around its current levels and give altcoins a chance to do their thing and go on a proper jaw-dropping run. BNB continues to soar in anticipation of the next Binance IEO – Harmony. ETH punched through the resistance that we outlined in our previous chart and is preparing for the next move – probably another leg up. 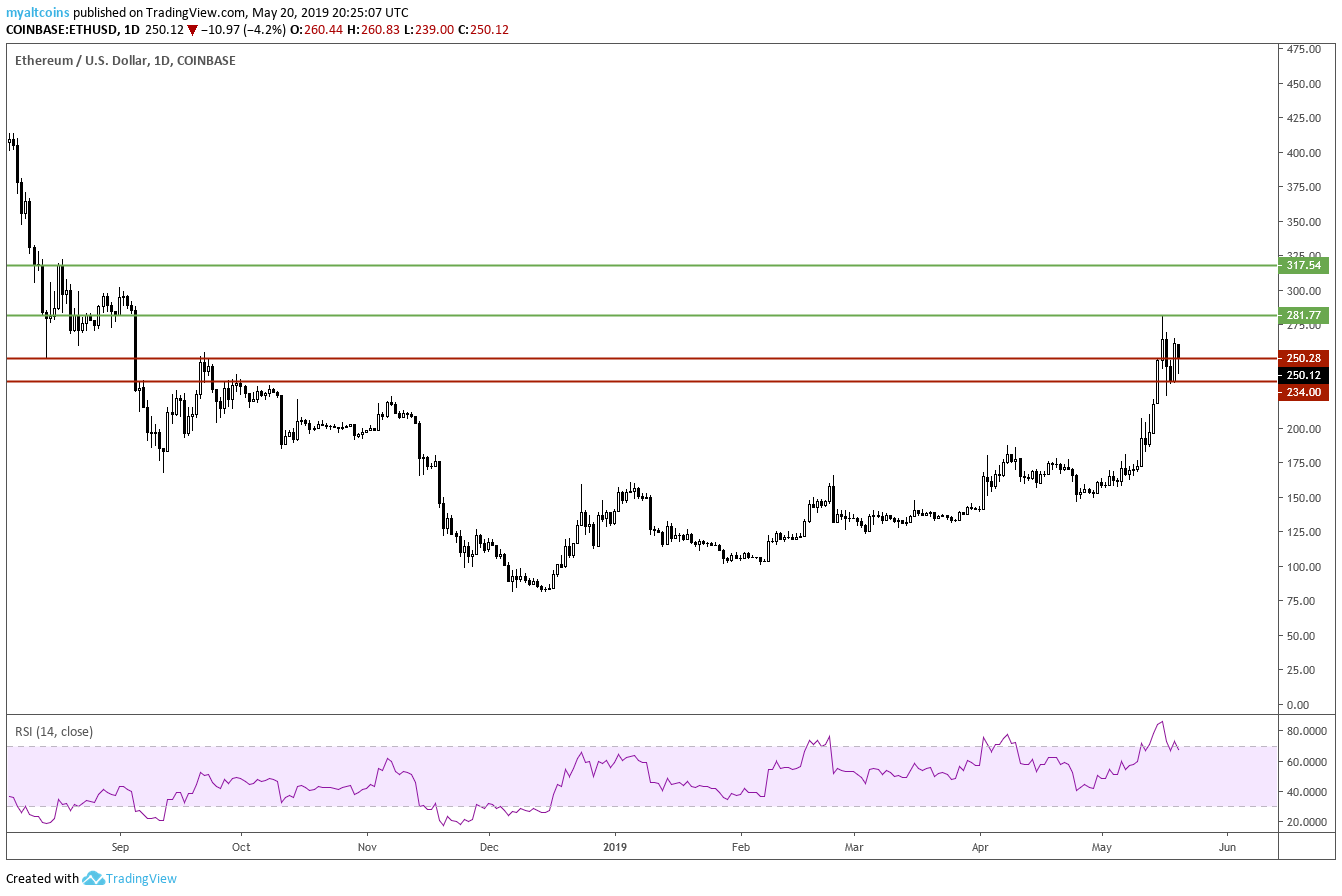