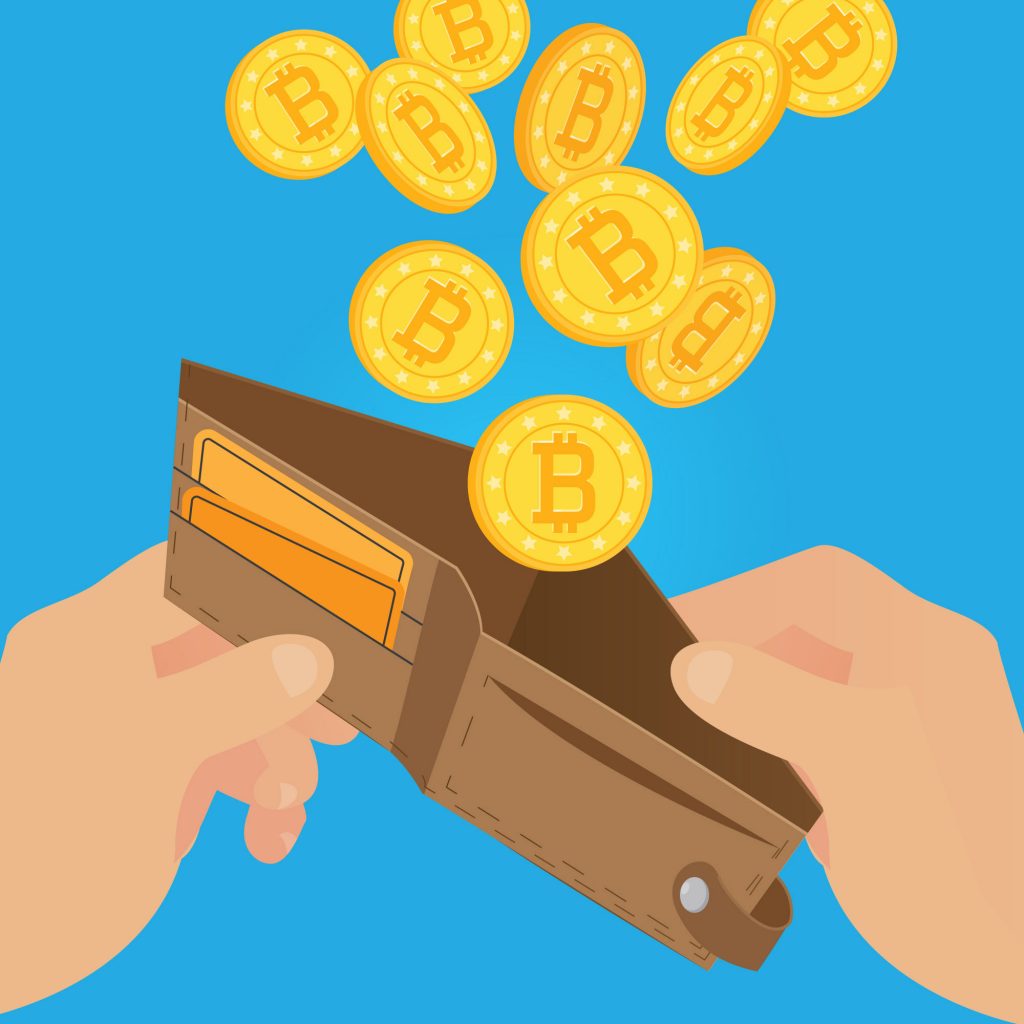 One of the things we keep repeating in our reports and various articles is how security is important. It doesn’t do you much good if you manage to catch a ride on the pump train and earn nice profits if in the end you lose them, get hacked or are unable to access them. Exchanges are a necessary evil at this point in cryptocurrency development. It is the handiest way to trade with your favorite crypto pairs. However, they are not convenient for storing our funds safely. Not in the slightest. And for various reasons. Let’s just quickly go over the most obvious reasons why:

Without any doubt, on top of our list are Ledger Nano series of hardware wallets. Ledger Nano S totally swept competition with the useful features it offers and security that is impenetrable, at least for now. The developers didn’t stop when they built such a good hardware wallet and they are continuing the development further. Ledger Nano X is available for preorder and it will have some exciting features. 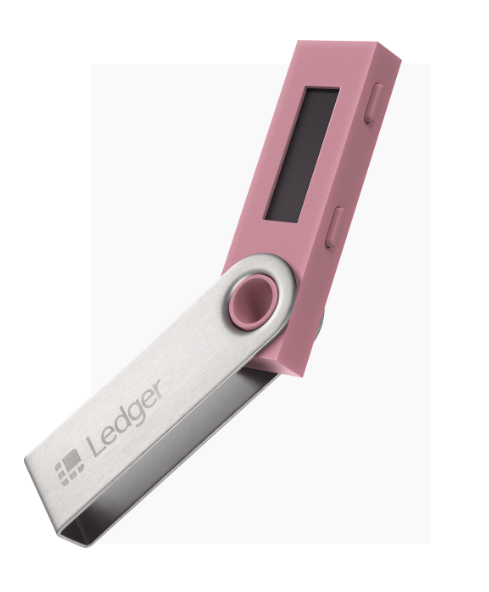 Let’s start with Ledger Nano S. It looks like an USB device, very light, sleek and compact with a small buttons and a tiny screen. Exterior is shock proof and comes in different colours. One of the main reasons why Ledger Nano S is the best in the field is the number of currencies that can be stored on the wallet. At the time that number is over 1,000 and it has support for all ERC20 tokens. The list of all currencies supported for storage can be found here.

Another reason why Ledger S is on top of the list are security features. The device has a screen for checking transaction details. Also, there is a button which you have to press when confirming transactions. This gives the device another layer of security and makes it hack proof. The hacker can’t really press the button you have in your physical possession. For additional protection, the device has all private keys stored in a different chipset – which also adds another layer of security. Like many modern wallets, Nano S is a HD wallet. HD stands for Hierarchical Deterministic wallet. What does this mean? HD wallets automatically generate a hierarchical structure of private/public address pairs (or keys). By doing this, they address the problem of the user having to generate them manually.

Price of Ledger Nano S is currently around $70 via their official site. Previously it was around $100, however with the release of newest Ledger Nano X, it is a bit lower. 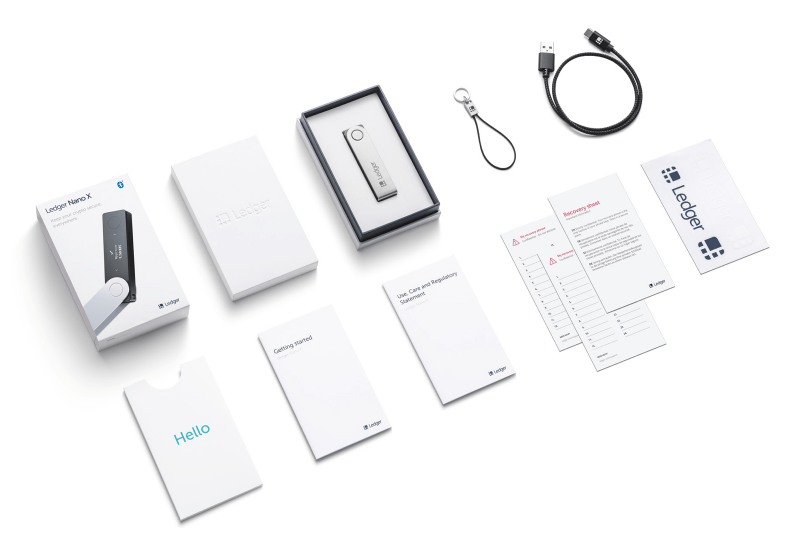 Ledger Nano X looks a lot like Nano S, physically and feature-wise. It is still shaped like a USB, only has a slightly bigger screen. However, there are some new additions worth mentioning. One of the biggest additions is that Nano X has Bluetooth. This enables sending and receiving coins from your smartphone. Of course, there is also an app for your phone. A very handy and practical feature for using crypto on the go, without the need to carry laptop around. When compared to the first generation, It will also have bigger memory and support for more crypto wallets simultaneously. Nano X can now be preordered and the price is $135. 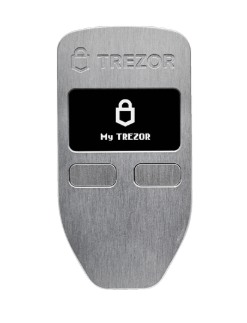 After Ledger we have Trezor, as their biggest competitor. It was created by SatoshiLabs, a Czech start up and it is the first Bitcoin hardware wallet ever. Since it was first in business, many expected it to be the best and dominate the market, however that is not the case. Let’s see why. The wallet is made of a metal or a plastic case to protect the device from any physical damage. It looks a lot like bank access token people use for online banking. It has a small screen and usually two buttons, depending on the version.

Trezor can store a lot of currencies, but a lot less than their main competitor. Also not the same ones are available for all devices they offer. Most of the ERC20 tokens are supported, though. You can check the list here. If you compare it to Ledger Nano series, Trezor definitely lacks some of the even more common cryptocurrencies. Security is very similar – private keys are stored in a different chipset. Coin transfer is made simple and without any complications. Transfer of the coins can be made via their web interface or through an extension for your browser. You can back up the wallet by a 24-word recovery seed. These word phrases are generated offline for extra security. The state of the computer you’re using doesn’t really matter. Trezor is impenetrable by any keyloggers. Even if the computer gets hacked, hacker can’t reach private keys and your funds are safe.

Price for the most basic Trezor edition is around $95, while the metallic edition costs a whopping $680. This is not a typo, decide for yourself if the price is worth it or you’d be better of spending the premium on some coins you like.

And that’s it for today, pick a hardware wallet you prefer and secure your cryptoassets now. Don’t forget to properly backup the seed words and store them in a safe place. Preferably in a different physical location. Even though the Ledger Nano X is the best hardware wallet we have on the market so far, there is still a lot of work to be done. The situation is far from ideal. Wallets need to be more simple, user friendly and easier to use. We are glad that support for phones is being added since that is a feature we always wanted. If we are talking crypto being used as an actual currency to pay for things, then built in wallets for phones are a must. It is great some companies like HTC are already doing it. Also, there are rumors new Samsung Galaxy phone will have a built in crypto wallet. Next logical step would be smartwatch support. But proper security must come first so we will be waiting patiently. Fingers crossed for that and many more cool cryptoasset implementations!